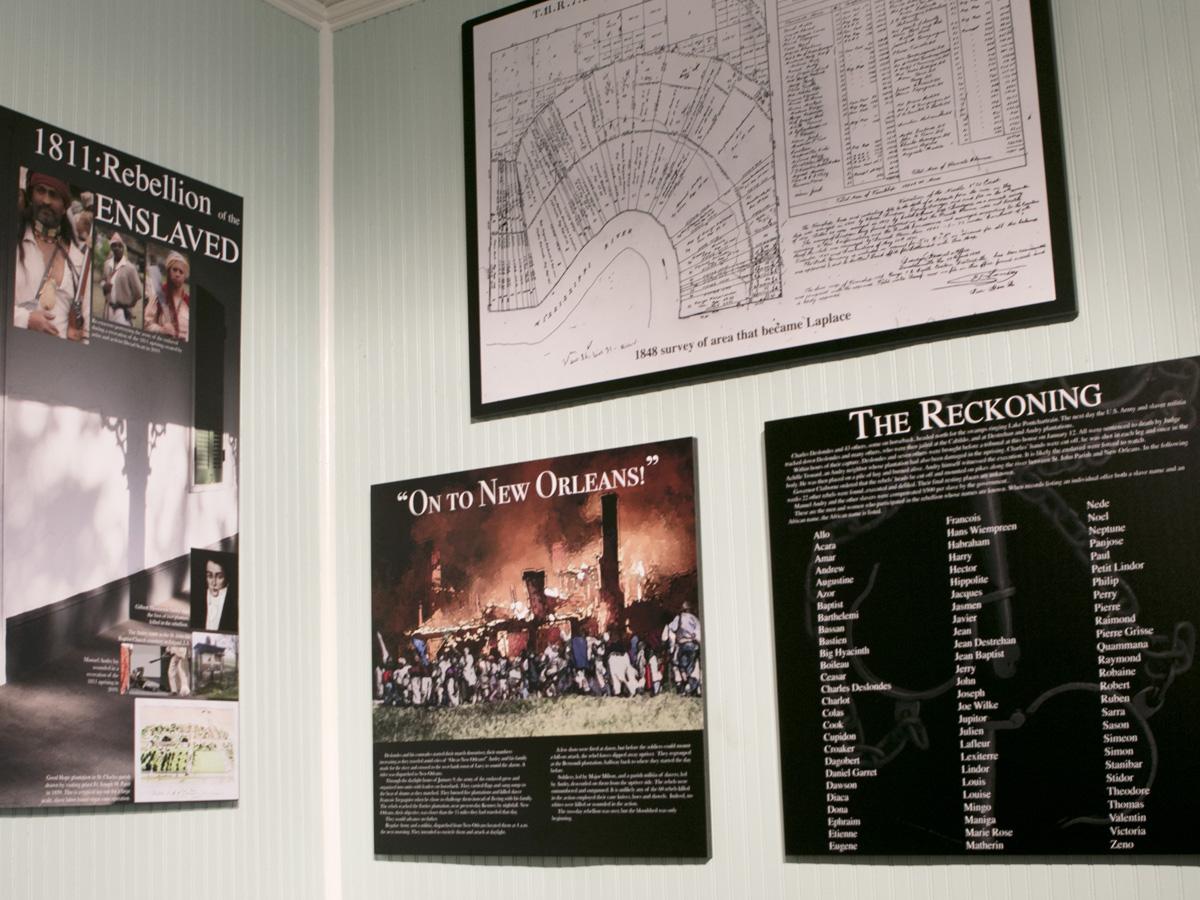 On the night of January 8, 1811, up to 500 enslaved people took up arms in one of the largest slave revolts in U.S. history. The uprising began on the grounds of a plantation owned by Manuel Andry, now the 1811 Kid Ory Historic House in LaPlace, Louisiana. The group of revolutionaries marched down River Road killing two plantation owners and torching several buildings on their way to New Orleans. Other enslaved joined the two day march along the way.

After an initial encounter with militia near Kenner, Louisiana, the group was forced back to near present-day Norco (New Sarpy) where a brutal encounter and subsequent trials at Destrehan Plantation and other locations left about 100 of the insurgents dead. Many of the enslaved were beheaded, with their heads staked on the levee in front of the plantations for nearly 60 miles as a warning to others. Though this action was technically unsuccessful, reverberations of the 1811 rebellion echoed across the young United States. It was the first of several large-scale, militant actions against slavery that occurred across the South in the decades leading up to the Civil War and Emancipation.

The 1811 Slave Revolt Trail commemorates the revolt and journey of these brave revolutionaries. Travel between the two trailhead locations, 1811 Kid Ory Historic House and Destrehan Plantation, and stop at specific points that highlight significant events along the journey. Nearby extended experiences at Whitney Plantation and Riverlands Historic Church also help visitors gain insight into these historic events.

A recent Slave Revolt Reenactment was inspired and organized by artist Dread Scott.